Day 01 : Arrive Delhi
Arrive by International flight, after traditional ‘Swagat’ (Welcome) our representative would assist you at airport & transfer to hotel for check in.

Delhi is a bustling metropolis, which successfully combines in its folds the ancient with modern. Its strategic location was the prime reasons why successive dynasties chose it as their seat of power. In fact, more mythological cities are believed to be here, like the city ofIndraprastha from the Hindu epic Mahabharata, founded around 5000 BC. Numerous monuments were built over several centuries by different rulers like Qutub-ud-din Aibek, Alauddin Khilji, Tughlaks, Humayun & Shah Jahan, who built the Walled City Shah Jahanabad.
Later in first half of 20th century much of New Delhi was planned by Sir Edwin Lutyens, who laid out a grandiose central administrative area as a testament to British rule in India. The division in walled city & New Delhi also marks the division in life styles. Overnight Hotel – Delhi

Day 02: Delhi
Full Day Tour
Today we take a guided tour of Old Delhi, the 17th century walled city of Shah Jahanabad, Visiting the great Jama Masjid, the principal mosque of Old Delhi. Built in the year 1656 AD by the Mughal Emperor Shah Jahan, it is the largest & best known mosque in India. Later wewalk down or take a rickshaw ride through Chandi Chowk, the old marketplace of Shah Jahanabad now a picturesque bazaar to reach Red Fort, built in the year 1648 by Shah Jehan.
In New Delhi, we visit Raj Ghat, memorial to the Father of the Nation, Mahatma Gandhi. It is a simple black marble platform that marks the spot of his cremation on 31 January 1948. Further we drive past India Gate, memorial built in the year 1931 to commemorate the Indian soldiers who died in the World War I & the Afghan Wars. The names of the soldiers who died in these wars are inscribed on the walls. President’s House, the official residence of the President of India, built in the year 1931. Until 1950 it was known as Viceroy’s House & served as the residence of the Governor-General of British India.

We will also visit Humayun’s Tomb, memorial of Mughal Emperor Humayun, built in the year 1562. The complex is a World Heritage Site & the first example of this type of Mughal architecture in India. Qutub Minar, built in the year 1206 by Qutub-ud-din Aibek. It is the tallest (72m) brick minaret in the world, an important example of Indo-Islamic Architecture. Qutub Minar & its monuments are listed as a UNESCO World Heritage Site.
Overnight Hotel – Delhi

Day 03: Delhi – Haridwar – Rishikesh (220 km – 5 hr)
Today we drive to Rishikesh enroute visiting Haridwar, on the banks of river Ganga(Ganges), located at the foothills of the lower Himalayan Range of the Shivalik Mountains. Haridwar lliterally meaning Gateway to God, one of the most sacred pilgrimage sites for Hindus.

Upon arrival check in at hotel. Rishikesh, Located in the laps of lower Himalayas, & is surrounded by scenic beauty of the hills on three sides with Holy Ganga flowing through it. It is claimed as Yoga Capital of the World. Rishikesh is also the gateway & the start-off point for journeys to important religious places like Badrinath, Kedarnath, Gangotri & Yamunotri. Evening witness the Aarti ceremony at river Ganges. Overnight Hotel – Rishikesh. (B)

Day 04: Rishikesh
Morning Yoga Session at hotel
Later we visit Laxman Jhula, suspension Iron Bridge Lakshman Jhula was built in 1929. This is where Rama’s brother Lakshman is said to have crossed the river on jute ropes. One can enjoy the spectacular surroundings & the cool breeze from the River while standing on the bridge. Ram Jhula, another suspended bridge close to Lakshman Jhula is the Ram Jhula- This suspended bridge was recently built between Shivanand & Sawarg Ashram. It is similar to the Lakshman Jhula. It is also known as Shivanand Jhula.

Later we visit Geeta Bhavan, famous for its attractive paintings and statues from the Hindu mythology. Situated just across the Lakshman Jhula. Overnight Hotel – Risikesh

Day 05: Rishikesh
Morning and Evening participate in Yoga Session. Rest of the day at leisure. Overnight hotel – Rishikesh (B)

Day 06: Rishikesh – Delhi (225 Kms 05 – 06 hours)
Today morning drive back to Delhi. Upon arrival, transfer to International airport to board flight for onward destination. 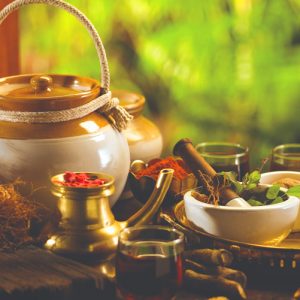